The main headstone of Illumination wisdom is light, such as the one of the transcendent wisdom is existence. According to Mulla sadra, the founder of transcendent wisdom, the existence in his philosophy is the same as the light in Suhrawardi's illuminative school. But there is some of existence kinds such as body that is not light in Suhrawardi doctrines; and he believes that only sensible light is a light among all of material things; this point of view is very powerful impediment to know that light and existence are same. So that, Mulla sadra make efforts to criticize the doctrine of Suhrawardi in this subject. Abstract of Mulla sadra criticizes is that: or all of material things are light or the sensible light also is not. This article want to explain that even according to the some principles of transcendent wisdom such as relation between "real and delicate"[1] there is no conflict between Suhrawardi idea; so also the matter is darken  and also the sensible light is light.

The philosophy of Suhrawardi, known as illumination wisdom, is a unique phenomenon in the history of Islamic philosophy. In spite of his short ages, Suhrawardi memorized an especial philosophy that influenced many later philosophers such as Mulla Sadra. Nevertheless, his philosophy could not growth as it should be. There is many reasons for its reverse that furthest reason return to the special character of Mulla Sadra and appearance of his transcendent wisdom and the especial kind of his interpretation of Suhrawardi idea.

1.1. Central principlesof suhrawardi philosophy: Suhrawardi's metaphysics of lights rests on at least two central principles which account for all the basic classes of beings (light and darkness, substance and state, independent and dependent beings). A first principle, Walbridge notes, “is a form of the principle of sufficient reason, ‘the principle of the most noble contingency’ […] which asserts that nothing can exist without a cause of higher ontological level” (PI, 90.1–92.25). A second principle is the Aristotelian “impossibility of an ordered, actual infinity” which, with the first principle, guarantees that “there cannot be an infinite number of levels of being and that there must be one being whose existence is necessary in itself—Avicenna's ‘Necessary of Existence’ (wajib al-wujud)”, the Light of Lights (Walbridge 2000: 24–5; PI, 87.1–89.8) (Ibid: Stanford Encyclopedia of philosophy, Suhravardi). So there is a hierarchy of lights that the light of lights is on the top of hierarchy and the material light in the bottom.

According to Suhrawardi, the hierarchy of existence from the light of lights to the light of Divine command (esfahbood= human soul) is the alight reality. According to Mulla Sadra, this idea is acceptable and so adaptable with the existential principles of transcendent wisdom; because, we can say that this lights is existence. But the inadmissible point in Mulla sadra idea is that: Suhrawardi could not calls a kind of idiomatic existences, means: material things, as a light; and among of all material things Suhrawardi only considers the sensible lights as a light. Accepting the Unity between existence and light,  Mulla Sadra efforts that all of elements of  the existence is the same as the light; and so He try to show from many different ways that claim. It is bring out from the claim of Mulla Sadra that there is no difference between illuminate wisdom and transcendent wisdom except in some terms. There for this subject have an important contact with the overthrowing of illumination wisdom in transcendent one.

I used, in this study, descriptive analysis which are used by theoretical research groups.

According to this article, even based on the some principles of Mulla Sadra, such as "real and its delicate", the matter is darken and also the material light is light.

Suhrawardi shows that appearance is the prerequisite of being light. This appearance is or the appearance for itself or appearance on the side of another ones. The first, according to the principle of "real and delicate",[2]  is the same spatiality of all ranks and another is the spatiality of one of the ranks. So, the light of light and the beings above of human soul is the light reality and the material light is the light for being delicate of that reality.

The main headstone of Illumination wisdom is light, just as the one of the transcendent wisdom is existence. For Mulla Sadra, the existence is the same as the light in Suhravardi, idea. But there is some of existence kinds such as body that is not light in Suhravardi doctrines and he believe that only sensible light is one kind of light among all of bodes; this point of view is very powerful impediment to know that light and existence are same. So, Mulla Sadra make efforts to criticize the doctrine of Suhravardi in this subject. Mulla Sadra’s criticism is that or all of materials are light or the material light, too, is not light. This paper aims to explain that even according to the some principles of transcendent philosophy, such as relation between truth and it's thin (haghighe ve raghighe), there is no contradiction in Suhravardi’s view. Thus, both the matter is darken and the material light is light. 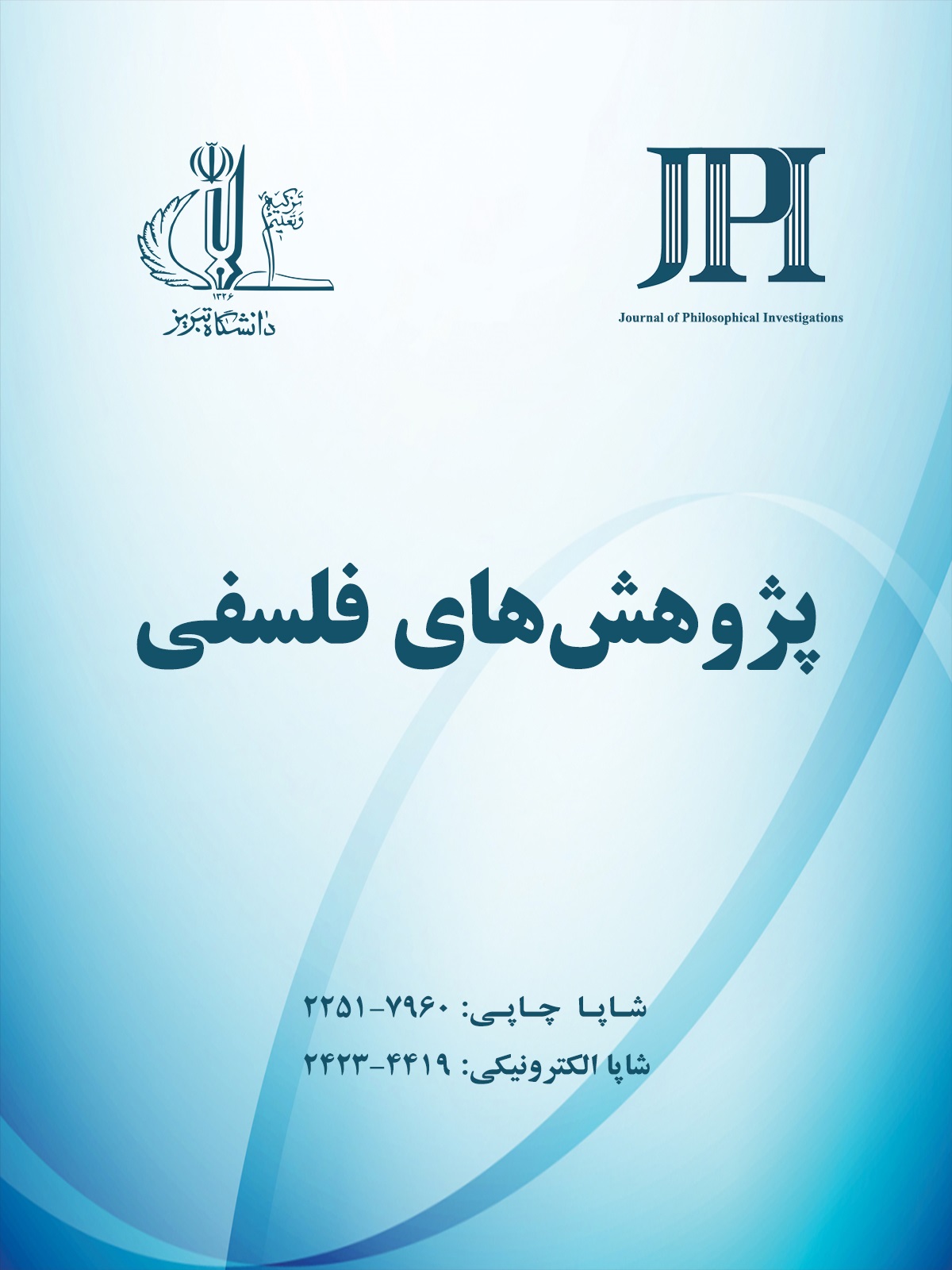