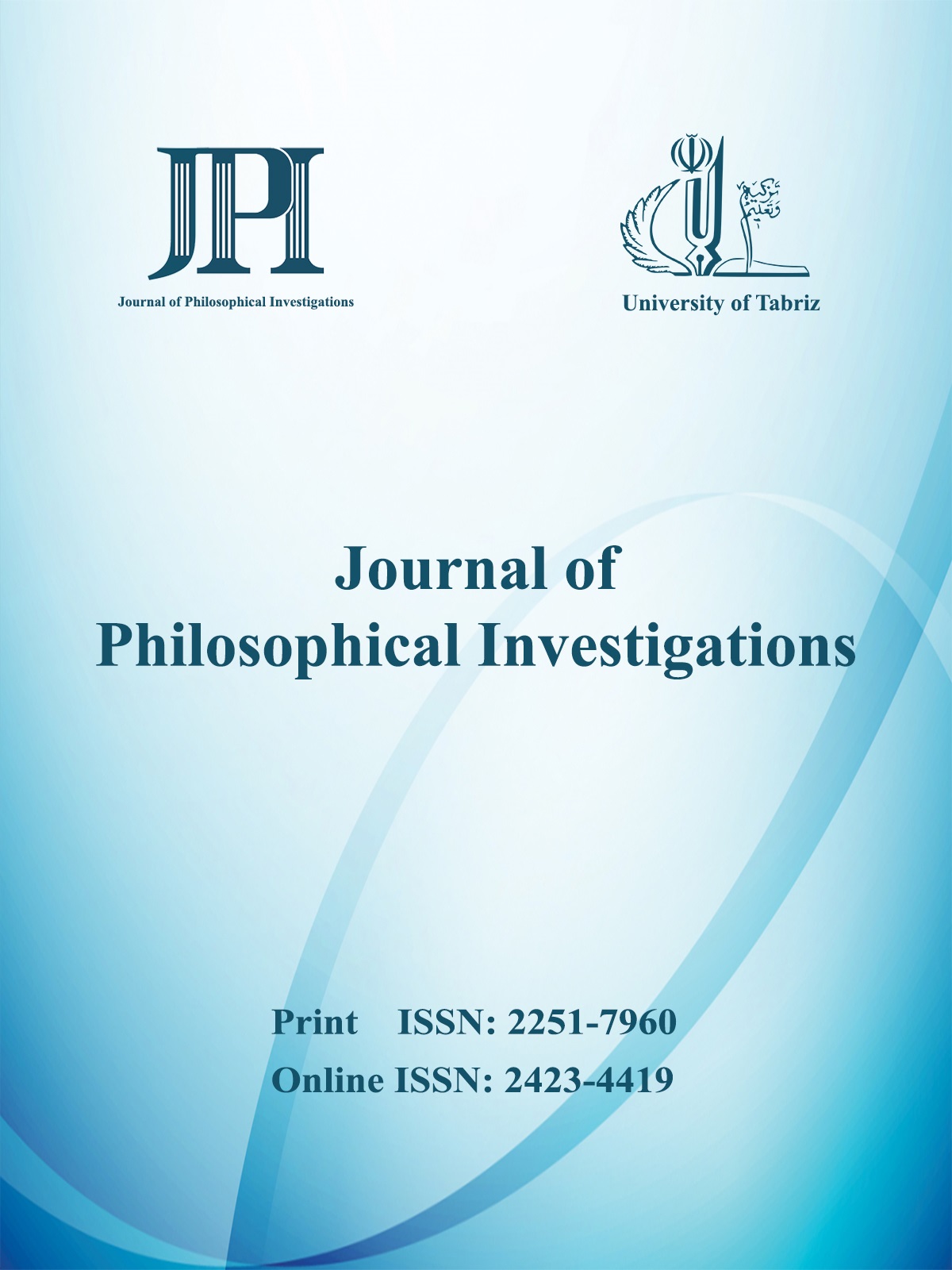 Volume 15 (2021)
Issue 35
articles
Issue 34
articles
Volume 14 (2020)
Volume 13 (2019)
Volume 12 (2018)
Volume 11 (2017)
Volume 10 (2016)
Volume 9 (2015)
Volume 8 (2014)
Volume 7 (2013)
Volume 6 (2012)
Volume 5 (2011)
Volume 4 (2010)
Volume 3 (2009)
Volume 2 (2008)
Volume 1 (2007)
Call for Papers
"the  Interaction of science and philosophy in the present age"
In ancient Greece, Islamic civilization, and the Middle Ages, philosophy was the dominant science. But nearly a century after the advent of modern science, in the late seventeenth century, some empirical schools emerged that cared only about information from the human senses. This trend gained momentum with the rise of the school of positivism in the first half of the nineteenth century, and philosophy formally withdrew from the scientific community, and this trend continued until the end of the twentieth century. But in the second half of the twentieth century, some schools of philosophy of science emerged, the result of which was to show the importance of the role of philosophy in the experimental sciences. In the last two or three decades, this movement, in close collaboration with some elite philosophers and physicists, has led to the revival of philosophy at some of the top Western universities, such as Oxford and Cambridge in the United Kingdom and Columbia and Yale in the United States. Unfortunately, these developments have not been transferred to most of the western universities and our universities. In the contemporary natural sciences, philosophy and metaphysical propositions are directly or indirectly present in various theories. On the other hand, paying attention to the developments of experimental sciences can contribute to the evolution and development of philosophical schools. It is important that the position of philosophy and science, their limits of validity, and how they interact are well known, because the story of science and philosophy and their relationship to each other is like the story of the birds and Hudhud in the story of Simorgh Attar, when they come together Simorgh Constitute (constitute the whole or the ultimate truth). The purpose of publishing this special issue is to present some new developments in this field in order to establish a holistic attitude to understand this interaction. The  main topics of CFP are:
The interrelationship of philosophy and science
Investigating the effects of limiting philosophies (such as positivism) on science
Historical study of the impact of naturalism in contemporary science
Historical study of the role of philosophy in the production of scientific theories
The growth of supernatural views in recent decades
The role of philosophy in basic sciences Why does physics need metaphysical principles
Philosophy and cosmology
Philosophy and Biology
Darwin''s philosophy and theory of evolution
Philosophy and cognitive sciences
The interrelationship of philosophy and neuroscience
Philosophy and mathematics
The role of philosophy in engineering sciences
What is the role of philosophy in engineering sciences
The role of technology in creating new approaches in philosophy
The role of philosophy in medical sciences
The position and effect of philosophy in clinical medicine
Modern medicine and philosophy
Meaning of body, disease, health
Medicine and psychiatry and phenomenological methods
The relationship between philosophy and humanities
Philosophy and sociology
Philosophy and law
Philosophy and economics
Philosophy and geography
Philosophy and literature
Philosophy and the Arts
Philosophy and visual arts
Philosophy and architecture
Philosophy and film
Opportunity to submit articles: until the end of September 2021
Publication time of accepted articles:Issue 36 and issue 37 / autumn and winter 2021
Language of articles: English and Persian
Email to receive articles by authors outside of Iran:
philosohy@Tabrizu.ac.ir
Most Visited Articles
Ibn Tufail as a SciArtist in the Treatise of Hayy Ibn Yaqzan
Hermeneutical phenomenology survey of relation between place and architecture
A Critique of Frege’s View on the True essence and the Inessential Properties of Thought
Examining the Relation between Deontologism and Consequentialism
Heidegger on Language in the”Holderlin and the Essence of Poetry”
Current Issue: Volume 15, Issue 35, articles, Summer 2021, Pages 1-410

1. Scientific Revolutions and Progress: reflections on Kuhn's and Bhaskar's philosophy of science

3. Analysis of Scientific Objectivity in the Value-leadenness of Science

4. Critique of Al-Ghazâlî's View on the Relationship between Determinism and The Free Will

5. The Critique of the Anthropological Dimensions of Prayer from Vincent Brommer's Perspective

6. Explaining the relationship between art and nature in Schelling's philosophy

7. Comparison of “Simple Reality” Rule and the Mystical Phrase "The essence of God is oneness in his essence, everything in the names"

8. Reflective Judgment's Potentials in the Formation of Juridical Nature in Kant

11. Comparison of Pseudo-Dionysius and Suhrawardi's views on beauty

12. The Communitarian Critique of the Moral Crisis of Modernity: a study of how moral society is built in McIntyre thought

13. Žižek's Hegelian-Lacanian Reading of the Subject

14. The Relationship between Pleasure and Happiness from the Point of View of Ibn Sina and Mulla Sadra

15. Existential Features of the Body in Merleau-Ponty Phenomenology

16. The Role of Roger Scruton in the Development of Analytic Aesthetics

17. A Contemplation on the Role of Gender in One's Identity: A Critical Review of Witt's "Uni-Essentialism" Thesis

20. A Critical Study of the Relationship between the Art of Surrealism and Truth According to Heidegger 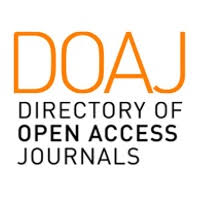 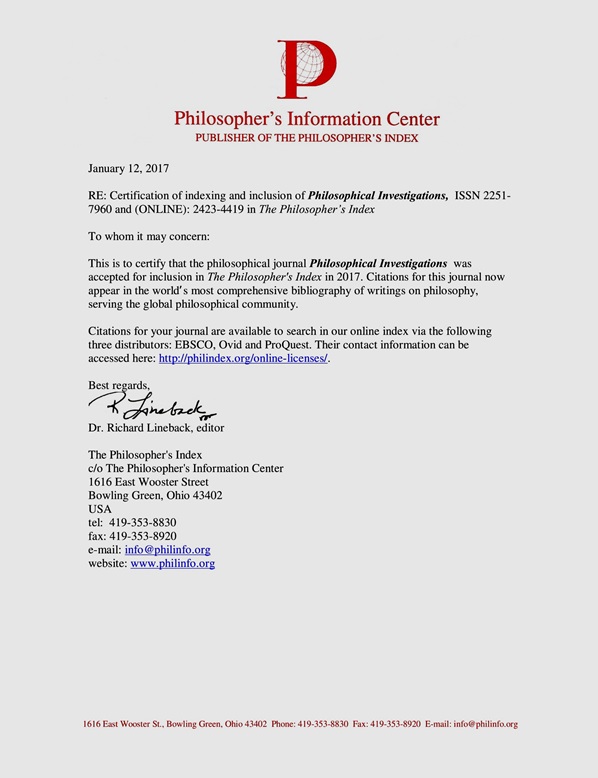 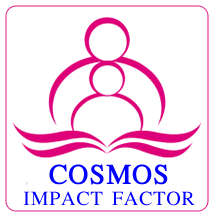 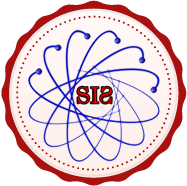